Chitose is a slim man of average height with short, wavy brown hair and brown eyes. His HOMRA insignia is located on his left hip.[1]

His attire is quite simple and casual. He wears a long, striped sleeved shirt with an open, hooded vest over. Below the waist, Chitose wears dark jeans and simple shoes.

Chitose is quite friendly and kindhearted, albeit cowardly at times. However, Chitose can be courageous when necessary.

Masaomi Dewa claims that he was very earnest in his younger years, though after a bad breakup, Chitose stopped taking romantic relationships seriously. Since then, he has turned into a bit of a womanizer.

He is a smoker, like several other members of HOMRA.[2] 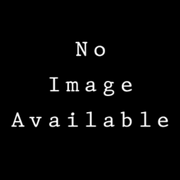 As a younger man, Chitose was in a relationship that ended in a terrible breakup. The breakup was initiated by the woman, who did not give a reason. Chitose, initially shocked and dazed, had not asked further questions due to his pride. He learns a year later that the woman has died due to a rare illness. He also learns from the woman's parents that the reason she broke up with him was because she didn't want him to see her degenerating body. Since then, he been angry for himself for not even trying to reach out to her[3]. He also had not been able to stay serious with women.[4]

One night, at a club, Chitose met a young woman at a bar named Maria Yubikiri.[5] They brought it upon themselves to go to a room where Maria confessed her inner turmoils prior to meeting Chitose. They then make a promise that, once they wake up together, Chitose would tell Maria "goodbye" while she would provide him tomato juice. They then slept together for the rest of the night.[6]

Once the two awakened, Chitose realized that he had no memories of the previous night; as such, seeing Maria in her lingerie next to him was quite appalling. She handed him a bottle of tomato juice since that was what he wanted, as said that previous night. Chitose confessed that he could not remember what happened earlier, causing an angered Maria to ask whether he'd actually forgotten their promise.[7]

He later attended a baseball game with his fellow Clansmen in the afternoon. Totsuka attempted to take a picture of Chitose though he blocked himself from view.[8] Before batting up, Anna told him that a certain person was so sad and that he should try not to die. He wondered what she was saying as he batted. The baseball shot toward Maria, who was walking nearby, though she caught the ball and crushed it. She attacked a nervous Chitose, though missed. Chitose then fled the area in hopes of getting away from the woman.[9]

While running away, with Maria chasing and attacking him, Chitose is pulled into an alley by Totsuka and Masaomi. The group watch in silence as Maria walked past, unaware of their presence. Totsuka suddenly received a call from Kusanagi and handed his cell phone over to Chitose. To his surprise, Mikoto was the one who answered him, asking whether he needed to be saved; intimidated by his King, Chitose nervously refused help. Kusanagi took over and subsequently explained about Maria to Chitose. Once he finished, they ended the call, and Chitose glumly wondered what to do next.[10]

Maria eventually found them and launched another attack. Chitose tried telling her to stop, but when she did Maria asked whether he remembered their promise; since he did not, Chitose ran away again. Chitose and Masaomi eventually retreated back to the bar where the former first met Maria. He hoped that he'd remember the previous night's events if he were there. While Masaomi was in the middle of talking, Chitose suddenly began to recall his memories, performing some gestures he'd done to Maria on Masaomi.[11][12]

The two were then approached by Maria who began to shred apart the entire building. Chitose ran up to her and embraced, telling her "goodbye" and that he was sorry for abandoning her again. Still embracing her, Chitose promised that he would tell her "goodbye" when they wake up again, without forgetting.[13] Afterwards, Chitose and Masaomi return to HOMRA, both worn down. The comfort of their friends, however, almost immediately revitalized their spirits.[14]

A few months later, a horse Strain was brought to HOMRA at Kōsuke's and Anna's behalf. Chitose overheard Masaomi telling Kōsuke about how bad the animal was, to which Chitose stated that it is only such when the horse goes berserk.[15] A while after, Chitose began to play around with his Clansmen.[16] It wasn't long until they were informed by Kusanagi that the horse Strain fled from Kōsuke, Kamamoto and Eric with Anna still riding on its back. Chitose immediately darted out from the building to go search for her.[17]

During the month of September, Totsuka decided to attempt skateboarding. Chitose was there to watch him unsuccessfully attempt some of Yata's trick moves, laughing all the while.[18]

A year and a half later, Chitose joins his Clansmen as they watch old footage recorded by Totsuka. Once they are all done watching the videos, he joins the others as they leave.[19]

Sometime after, Chitose, Masaomi, Bandō and Shōhei arrive at a warehouse near a port and scavenge through the crates inside. They find multiple armed weapons and realize that they've found the hideout of the same drug dealer whose own gun was used by Totsuka's murderer. The group is soon discovered by Fushimi, whom Chitose easily recognizes. They are all then attacked and quickly knocked unconscious. However, Chitose and the others recover in time to make it back to the bar. Chitose later accompanies a group of his Clansmen to a local mall within the city to help out Yata.[21]

HOMRA later heads to Ashinaka High School. Chitose hands Kusanagi a megaphone for him to use and speak out to the students. Once he has finished speaking, Kusanagi sends out his fellow Red Clansmen to go and interrogate students about their target, Yashiro Isana. Chitose helps Kamamoto drag male students from their classrooms to begin the interrogation. During which, he is told to stop by a female student, greatly irritating Chitose. However, he receives a similar warning from Kamamoto. Chitose simply walks out after that.[22]

The following morning, several unknown explosions begin to occur across the school's campus. Chitose and several of his Red Clansmen gather at the entrance so as to await Scepter 4's inevitable arrival. It soon becomes clear that they will not be able to negotiate peacefully and both sides ready themselves to fight. Chitose, like the rest of his fellow Clansmen, cries out HOMRA's signature motto before engaging himself into a battle. Amongst those he fights is Yūjirō Benzai. During his time in the battlefield, Chitose makes time to gather with other Red Clansmen, encouraging them to fight and kill their opponents.[23]

Even though HOMRA is back together again, Chitose feels that it isn't same with Anna as the new Red King.

Community content is available under CC-BY-SA unless otherwise noted.